Worth Investment Group follows a very unique approach to acquiring and building companies. Worth acquires 100% ownership in middle market companies with strong management teams and recurring annual cash flow in excess of $1 million. Under Worth’s ownership, our subsidiary companies are given the capital, resources and strategic guidance to grow. We hold our companies long term and focus on calculated, timely growth. Given our commitment to a buy and build strategy, coupled with owning a 100% interest, we have the luxury of time, capital and patience to support long-term growth objectives of our subsidiaries. 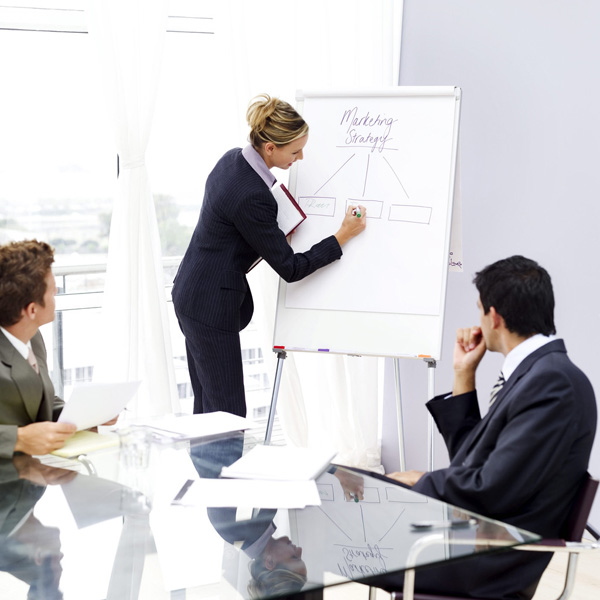 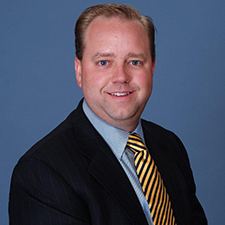 Eric Boorom has held positions at The Shane Group, a $100 million annual revenue holding company based in Hillsdale, Michigan, where Mr. Boorom’s responsibilities were focused on development of subsidiaries and the capital market advisory firm. Mr. Boorom has also worked as a team member in the special assignments group at The Bank of Tokyo-Mitsubishi, the second largest bank in the world, and as a credit analyst at ABN-AMRO/LaSalle National Bank, one of the world’s largest banks headquartered in Chicago, Illinois. Mr. Boorom’s responsibilities at both the Bank of Tokyo-Mitsubishi and ABN-AMBRO/LaSalle National Bank included debt recapitalization, operational reengineering, turnaround financing, workout and bankruptcy transactions, real estate financing, enterprise value transactions (cash-flow based financing), mergers, acquisitions, cross-border financing and the issuance/ procurement of subordinated debt, bonds and equity. Mr. Boorom also founded Worth Capital, LLC. 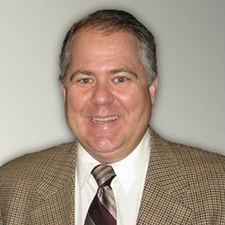 Kyle T. O’Malley is a Certified Insurance Counselor, a Certified Authority On Workers Compensation, and is President and Minority Owner of the Walton Insurance Group, a Jackson, Michigan based Risk Management and Insurance Firm helping people, families, and companies prevail through the unexpected. Walton is one of the most trusted names in insurance and with 60 plus employees, they are amongst the Top 20 privately held firms in Michigan.

Prior to his leadership role at Walton, from 2011-2017 Mr. O’Malley was a Senior Risk Management Consultant and Office Leader for Daly Merritt, Inc. a regional risk management firm headquartered in Wyandotte, Michigan which was sold to AssuredPartners in 2016. Prior to Daly Merritt, Mr. O’Malley was a Large Account Practice Team Leader and Vice President Client Executive for The Hylant Group, the nation’s 7th largest privately held insurance brokerage firm. Since 2005, Mr. O'Malley has been responsible for handling risk management services for numerous business types across the county and abroad. Mr. O'Malley began his professional business career in 1988 as a front line supervisor at JM Schneiders Inc., Canada's largest processed meat operation. In 1990, he moved to distribution and logistics management with Coca-Cola Canada. In 1992 he began work for Deloitte and Touché Canada as a public auditor and in 1994 he accepted a position with Penske Corporation and later immigrated to the United States with Penske to work in numerous management roles within Detroit Diesel Corporation.  In 2002, Mr. O'Malley accepted a position as Vice President of Business Development with The Shane Group, Inc., a $100 million annual revenue holding company (and now one of the Company’s Portfolio Companies) based in Hillsdale Michigan, where he helped guide and build a subsidiary private equity and capital markets advisory firm.

Mr. O'Malley currently provides consulting services to the Managing Member and to the Company, where he also provided full-time COO duties from 2013 thru 2017, and is now acting as an Advisory Board Member to the Company. 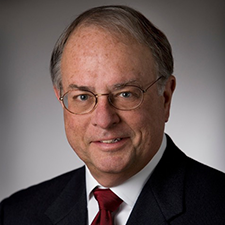 Bill Donahue Bio
Mr. Donahue is currently the President of O&P Designs, Inc., located in Dallas, Texas. In addition, Mr. Donahue is also a Partner in Boorom Industrial Properties, LLC, an equipment leasing company based in Jackson, Michigan. Mr. Donahue was previously the President and Founder of Biomedical Horizon Inc., a management, sales and marketing consulting firm that was sold in 2001 to Goldstein and Partners based in Phoenix, Arizona; President and Founder of Century XXII Innovations Inc., a manufacturer of proprietary prosthetic systems which was sold in 2000 to Ossur hf.Reykjavik, Iceland; President of Dynamic Orthopedic Inc., a patient care rehab practice focused on orthotic and prosthetic care that was sold in 1999 to Rehab Designs of America Inc. based in Louisville, Kentucky; and President of Camp International Inc., a market leader and manufacturer of orthopedic, compression therapy and post-mastectomy products that was sold in 1989 to Bissell Inc. based in Grand Rapids, Michigan. Mr. Donahue became a Board member of the Savannah Music Festival in May 2009. In addition, Mr. Donahue serves as an Advisory Committee member for Worth Investment Group, LLC. He is also a member of the Board of Directors of Memorial University Hospital Center, where he is the Treasurer and Chairman of the Finance Committee and President of The Ford Plantation. Mr. Donahue’s academic credentials include a Bachelors Degree from Texas Tech University. 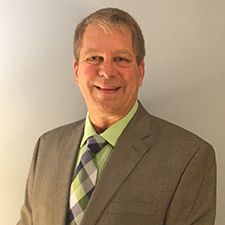 Mr. Berg founded Infinitive, Inc, a manufacturing “job shop,” in 1979. During the mid 1980's Mr. Berg took on multiple products for large diesel engines, and until 2009, Mr. Berg supported an original equipment manufacturer, or OEM, as well as a large after-market. Mr. Berg is currently a supplier to Class 1 railroads and short lines both in the United States and abroad.

Mr. Berg’s interests and passions include aviation, aeronautics, photography and SCUBA, and he holds multiple ratings for fixed-wing land, sea and helicopter. Mr. Berg has been married to Barb Berg for 27 years. The Bergs have two grown children and two black labs. 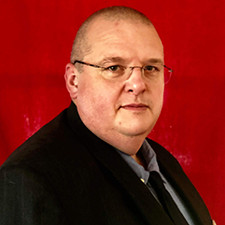 Kraig joined Worth Holdings in March 2019 as the IT Specialist.  He has over 20 years of IT experience in various industries, including Education and Biomedical Research.  Kraig worked as an IT Analyst at Charles River Labs in Mattawan, Michigan prior to joining Worth Holdings.  He holds a Bachelor’s of Science degree in Database Management from Davenport University and a Lean Six Sigma Yellow Belt. 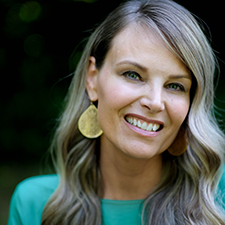 Marci joined Worth Holdings in 2012 with more than 18 years of human resource, sales, payroll and leadership experience.  Marci manages each subsidiary’s human resources department by assisting in the planning and forecasting of future hiring and recruiting needs, employee benefits, managing special projects and events and overseeing employee relations.
Prior to joining Worth Holdings, Marci was an Executive Director for a career college in Jackson Michigan as well as Director of Human Resources for a large manufacturing company in the Detroit Area. 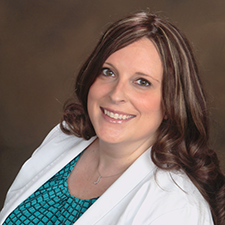 Liz Dillay came to Worth Investment group after working for more than a decade in the retail banking industry. Ms. Dillay spent over a decade with Citizens Bank as a customer service supervisor. Her time at Citizens has served her well at Worth Investment Group because of her unique understanding of the financial sector as a whole.
Liz brings a wealth of knowledge of software applications and managerial obligations to Worth. Ms. Dillay’s experience in retail banking makes her invaluable to Worth’s operation because of her ability to manage large quantities of information with ease and accuracy. Liz is on the frontlines of investor relations on a daily basis with her responsibilities of insuring that all quarterly documents are delivered in a timely manner. 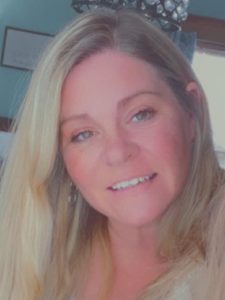 Heather Jeffrey Bio
Heather Jeffrey is the Marketing/Sales Manager for Worth. She joined the Worth team in 2017 and brought with her two decades of marketing, management and sales experience. Prior to joining our team, she owned and operated her own successful marketing/sales support company. Prior to that, for 18 years, she served as the Executive Editor of two daily newspapers, two total market coverage publications and four weekly newspapers in Michigan. Heather specializes in leading our marketing efforts and customer service teams, with a special emphasis on inside sales. 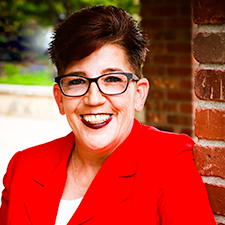 Veronica Wagner has been an employee of BMS for 30 plus years.  She started her career at BMS as the receptionist.  In the late 1990’s early 2000’s she wanted to take a more active role within the company, so they promoted her to project coordinator.  She has held that position for nineteen years.  Along with day to day operations Veronica is very involved in the sales, improvement and design of the custom restrooms and buildings that BMS manufactures. 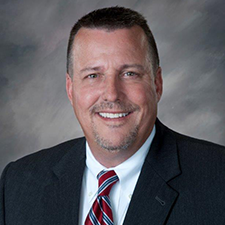 Prior to joining The Worth Investment Group, Hilfinger served in many sales leadership positions within the HVAC/R and plumbing industries. As VP of Sales for NIBCO, Elkhart, IN, Jim managed a large outside sales organization, national and big box accounts, and developed their new HVAC/R Division. More recently, Jim gained non-manufacturing experience with a large plumbing wholesale distributor in Southern California. Through his combined experience working for a manufacturer then a wholesale distributor, Jim has acquired the necessary perspective and experience to further the objectives of Curtis Marketing, LLC. Eric Boorom, CEO, Worth Investment Group comments, “We believe Jim is the right person to lead Curtis Marketing into the next phase of their growth. With his combination of experience, he is a crucial asset as we develop and execute a sustainable business plan for continued success.”

Jim began his professional career with Robinair and TIF Instruments in 1984, serving in various positons which included aspects of Refrigeration, A/C, Automotive, and Appliance Businesses. His career progressed through a variety of assignments with increased responsibility, including sales, sales management, marketing, product development, training and customer service. While at NIBCO, his leadership responsibilities included National Accounts, Regional Director, VP of Retail Sales and VP of NIBCO’s Wholesale Sales.

Jim earned his BBA, with a concentration in Marketing and Sales Management, from Bowling Green State University, Bowling Green, OH. He has also completed Sales Leadership training courses at the University of Michigan; Ross School of Business, with additional training in negotiations, performance management, lean manufacturing and product marketing management.

Jim currently resides in Elkhart, IN. 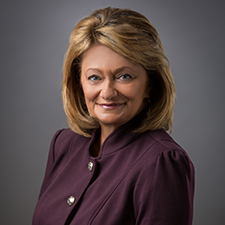 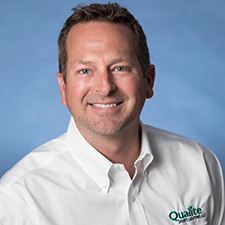 Corey Lines graduated from Eastern Illinois University in 1998 with a B.S. in Industrial Technology with a concentration in Construction.  In August 1998, Corey started his lengthy career as a lighting designer at Universal Sports Lighting where he was successful in lighting and designing prominent venues such as Chicago White Sox, lighting systems for University of North Dakota Hockey Arena, West Virginia University Basketball Arena, as well as dozens of minor league baseball stadiums.  Not only being involved in the design of the lighting, Corey has been involved in the entire process from start to end (design, sales, installation, etc.).

Corey has been a member of the Illuminating Engineering Society of North America (IESNA) serving on the Sports Lighting Committee since 2003.

Corey’s many years of experience provides a wealth of knowledge throughout every aspect of the Sports Lighting Industry.

Corey currently resides in Grand Rapids, MI with his wife and 3 kids.  He loves spending time with family, enjoys being outdoors, and loves playing golf. 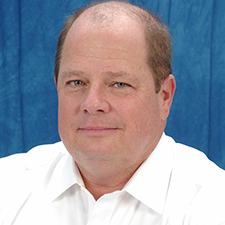 With over 30 years’ in the outdoor sports and pole industry, and with the combined experience in sales management, construction and engineering Mike has excelled in industry-related positions which include National Product Manager, Regional Sales Manager and Technical Sales Representative to Senior Vice President. With this combined experience Mike has helped to shape Qualite’s vision of a total lighting solution from project development, design, sales, installation and long term service. This provides the end user a one point of contact solution.

Prior to being an employee for Qualite Mike acted as a dedicated Sales Representative and Electrical Contractor for Qualite Sports Lighting as a respected member of Qualite’s Indirect Sales Channel for over 15 years. After successfully representing Qualite in the Alabama market, Mike moved to Texas to develop the North Texas market for Qualite. Mike’s successful history resulted in him being recognized multiple years as a top sales performer by Qualite 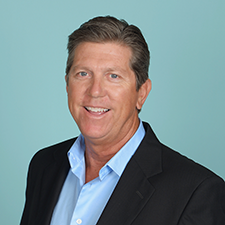 Bob Denning Bio
Bob Denning is the Senior Vice President of West Coast Sales and Construction Services with decades of experience managing successful organizations. Mr. Denning joined the Worth Team in 2015 after taking an early retirement from Verizon. Bob managed large groups of Construction and Service teams while at Verizon. His organization covered all of Northern California where he lead diverse workgroups of management and union employees. Bob specializes in developing a positive workplace culture empowering teams and employees to achieve defined goals. Bob has a degree in Information Technology from PACE University in White Plaines, New York.
Scroll to top